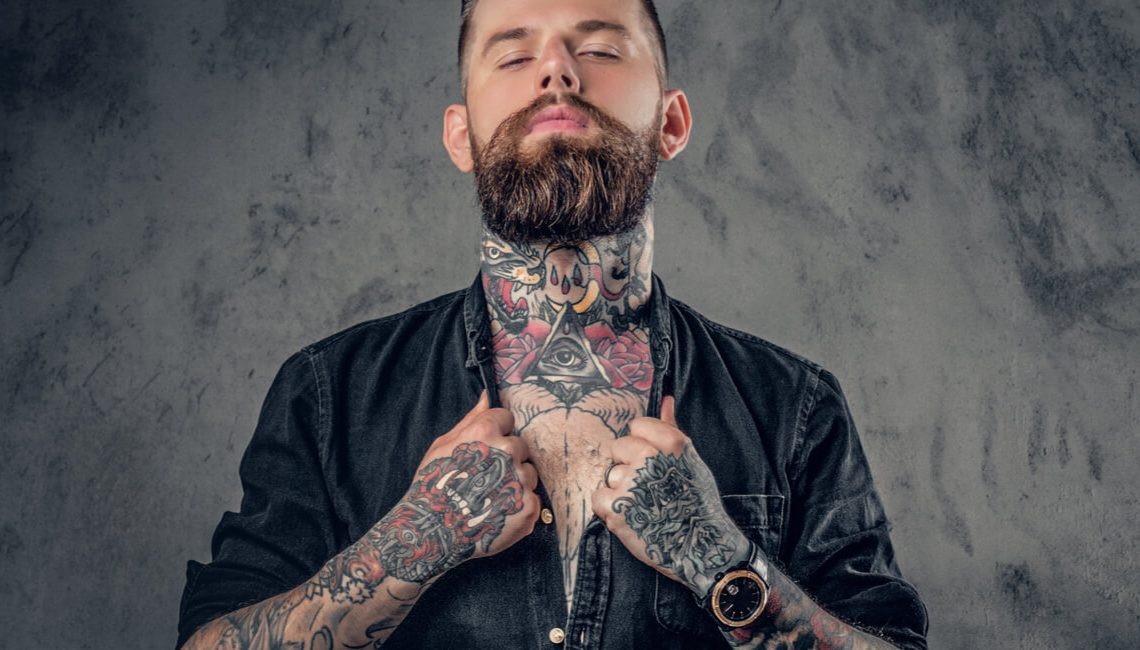 For millennia humans have been tattooing themselves for tribal, religious and ritualistic reasons. Nowadays we do it to communicate our values and lifestyles. But let me ask you a dermatologist’s question: is it really worth it?

Getting a tattoo is a full-blown fashion statement for both men and women, and they are covering ever growing surfaces of our bodies. Our conception of tattoos has changed considerably from Lombroso’s theory of tattooed people being predisposed to crime to today, when some tattoos are even considered works of art. However, nowadays we also know lots about the safety of this procedure we once didn’t.

Getting a tattoo consists of introducing coloured substances in the dermis, the deeper layer of the skin. These pigments are insoluble and are recognized as foreign bodies by our immune system. Macrophages engulf these particles but cannot degrade them, so they remain in situ filled with the pigment they phagocytized. In medical terms, a tattoo is an ill-fated attempt to expel a potentially damaging foreign body from our skin.

Though nowadays tattooing techniques are way more evolved, and the procedure can be carried out safely minimizing the risk of infections such as hepatitis B and C, tetanus, AIDS and bacterial skin infections, the crux of the matter is that the substance(s) used will remain in our body, exerting their potentially noxious effects. Recent scientific papers even prove that these substances aren’t confined to the tattooed area, but they spread in our bodies and even pigment our lymph nodes.

Let alone the dramatic consequences when one changes one’s mind and wants to have a tattoo removed. For those who don’t know, black monochrome tattoos can be removed with several expensive laser treatment sessions. But if the tattoo is polychromatic, the procedure is more complex: it will require several lasers, each one specific for the colour one wishes to remove, and a higher number of sessions, levitating costs, more severe skin trauma and more uncertain results.

It is estimated that at least seven million Italians have a tattoo, and that at least 4% of these suffers or has suffered from side effects such as pain, granulomas, skin thickening, allergic reactions, infections, pseudo-lymphomas. This happens because the pigments and other substances in the tattooing ink can spread to the lymph and blood; furthermore, a small fraction can in time be metabolically degraded, as is the case in allergic reactions to red tattoos (metallic salts).

Coal black (which contains polycyclic aromatic hydrocarbons, which cause cancer) tends to conglomerate and form larger clumps, which can elicit foreign body reactions and even granulomas and other nodular reactions. From a legislative point of view, since the number of substances used in inks is almost unlimited, there hitherto exists only a negative list of the substances which are forbidden in inks, and a list of restrictions for other possible components.

The substances on this list are the ones which have a proven causal nexus to the toxic side effects we enumerated above. Obviously, it doesn’t mean a substance is innocuous if its name isn’t on the negative list. The side effects of getting a tattoo are complex and multifaceted, with many different etiologies and pathogeneses. Since the tattooing industry is already very powerful internationally, these aspects are often swept under the carpet, but even when they occur they represent an understudied and little-understood medical enigma.