MYCOCOSMETICS. A NEW BEAUTY FORMULA DISCOVERED WHILE FORAGING FOR MUSHROOMS. 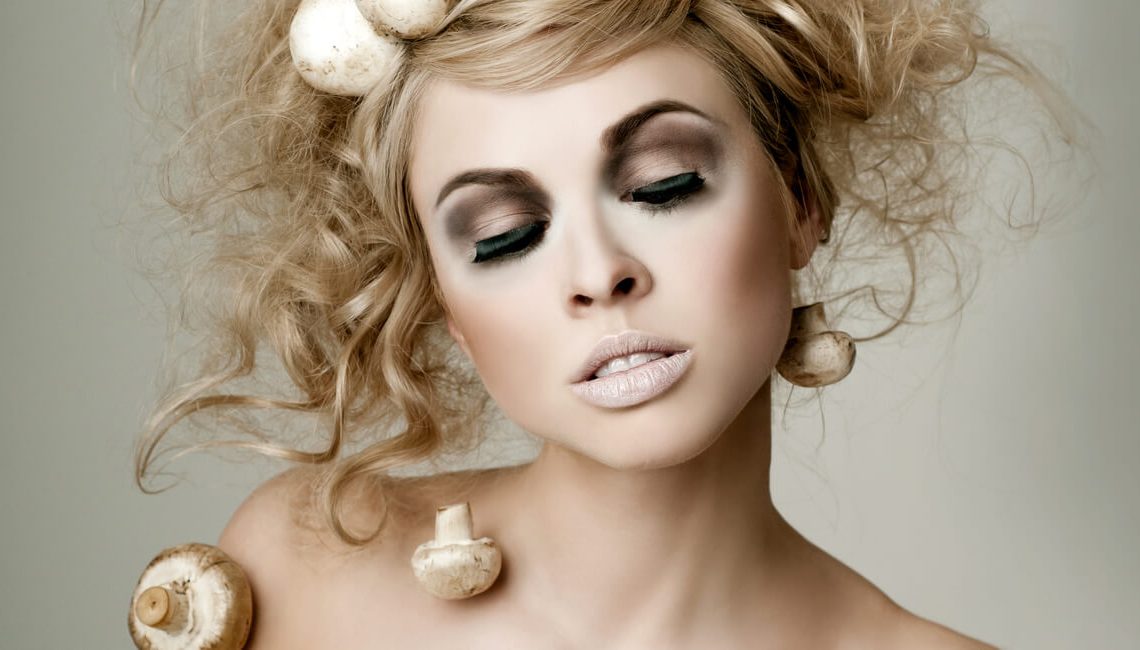 Cosmetic science has recently discovered the virtues of mushrooms. Thanks to their richness in antioxidants, they slow down cutaneous aging; they also have moisturizing, film- and barrier-forming properties to tone and protect your skin. What’s not to love?

Mushrooms are living their heyday. Many companies have successfully incorporated ingredients of fungal origin into food supplements, and the cosmetics field uses mushroom extracts in cleansing and treatment products. Some companies have even specialized in research and development of products containing ever newer functional ingredients of mycelial origin.

This is part of the more general trend of using active substances from food for beauty purposes, both in the form of supplements and of cosmetic ingredients. In fact, it’s now certain that many substances which have a positive effect on a person’s general well-being can act both from the inside and from the outside. If it’s true that we are what we eat, mushrooms help us stay fit and beautiful because they live in damp and muddy environments, where it is clearly essential to develop self-protection strategies to survive (similar to algae which grow in extreme conditions in the ocean depths and, by virtue of this, are very rich in antioxidant substances).

Mushrooms’ ability to proliferate in earthy and wet environments derives from the fact they are equipped with protective substances that make them unassailable by the many bacteria present in soil. This is why they don’t need to be treated with pesticides and herbicides. In addition to not containing foreign and dangerous substances, the ability to resist harmful environmental agents is easily transferrable by identifying and utilizing the active ingredients present in the mycelium.

First and foremost come their moisturizing, film-forming and barrier properties, because their structure is made to hold large quantities of water. Moreover, with their antioxidant properties, fungi help fight the effects of atmospheric pollution and other environmental stress factors. Among those most used in cosmetics are Ganoderma lucidum, Tuber aestivum (i.e. black truffle), Albatrellus ovinus (Nordic truffle), the latter best known for its soothing properties.

But the real star of the cosmetics show is Tremella fuciformis, a.k.a. the “snow mushroom”. As its name suggests, the snow mushroom is equipped with everything your skin needs for winter. Snow mushrooms are widely used as an ingredient in Asian cuisine, but also in Korean cosmetics, and is now making headway in Western culture. In fact, it possesses strong superficial moisturizing and film-forming properties, but its hydrating and restructuring molecules are so small they can penetrate the skin even better than hyaluronic acid.

In other words, this ingredient helps not only to moisturize the skin, but also and especially to maintain high levels of hydration. And the surprises don’t end there: this ingredient has also been shown to inhibit melanin production by 59.7% and is therefore also used as a lightening agent. Last but not least, its peptides have been proven to stimulate in cell growth, raising great interest as a potential primary ingredient in wound healing.

Tomorrow’s cosmetic ingredients are natural or deriving from “green chemistry” processes; they are eco- and dermocompatible, multifunctional and especially protective against environmental damaging agents, first of all pollution, a great enemy not only of the skin but of the whole body.