COSMETOGENOMICS. GENES AND PROTEINS AT THE SERVICE OF BEAUTY. 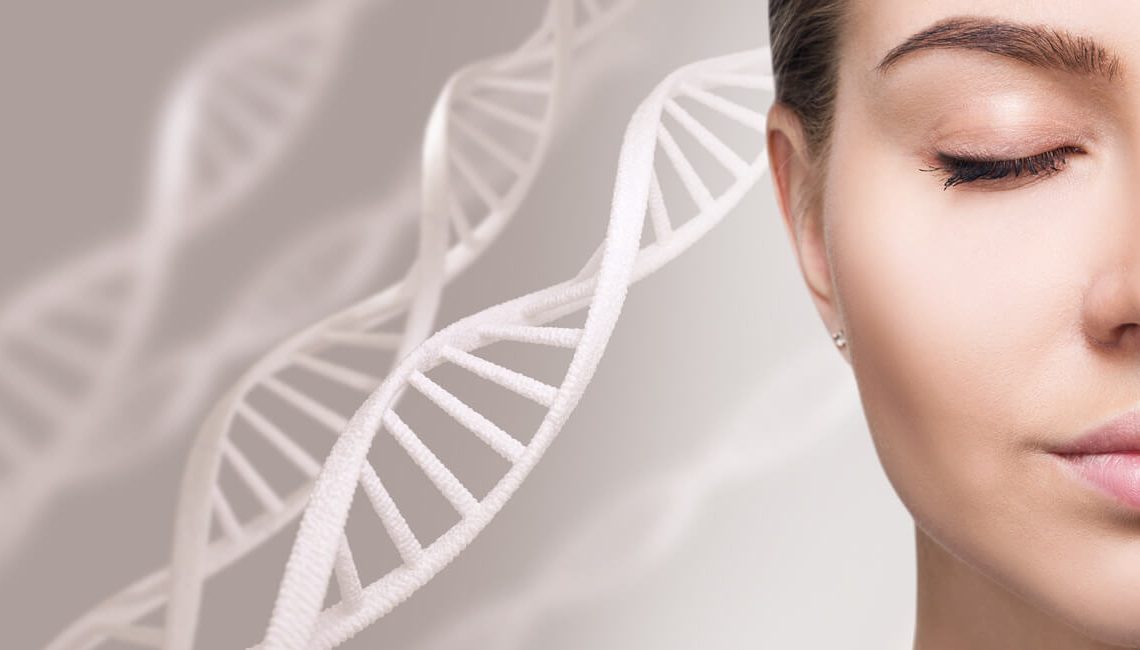 The application on genetic research to the field of cosmetics is an interesting perspective for treatment personalization. But how long will we have to wait to see the results?

In 2001, the sequencing of the human genome was completed, marking the end of the colossal job of decrypting the human DNA. Nowadays we can map and name the 30,000 genes of our genetic heritage on each chromosome. The language of the genes contained in our DNA, the instructions they dictate, the proteins for which they code, are starting to be revealed, opening new interesting perspectives every day.

Soon we will be able to better understand the biological variations that gene expression induces in our bodies, the possible alterations it generates, the individual susceptibilities it determines, but also to better frame genetics’ role in aging, all in highly personalized manner. The skin’s appearance, the way it evolves over the years, its ability to protect itself against environmental stress and aggression, are all in fact linked to our genetic heritage. All these qualities are encoded in our genes, in each of our skin’s cells.

However, the cellular environment surrounding the genes also plays an important role in their expression, i.e. in the synthesis of proteins, and this has a significant impact on the skin’s properties. Our genes, which are made of DNA (deoxyribonucleic acid), when activated, enter their expression phase. They are then transcribed into biological messengers, made of messenger RNA (ribonucleic acid). Messenger RNA, through the precise sequence of units that make up its structure, guides the synthesis of a particular protein. The presence of specific messenger RNA is a testimony of the expression of a precise gene. The study of messenger RNA expression levels is called «genomics». However, only by reading the coded proteins can one testify syntheses has in fact been carried out, a concrete translation of gene expression. The study of protein analysis is called “proteomics”.

Although initially all the cells contain the same genetic material within their nuclear DNA, the exact profile of which genes are expressed differs from one cell to another based on differentiation status and tissue context. Moreover, under the influence of environmental factors and age, some of these genes progressively change their activity. Over time, some genes are inactivated or over-activated, hence the synthesis of some surface proteins is altered, the skin is altered and loses its optimal appearance.

By comparing young skin with mature skin in terms of gene expression profile, it is possible to cross-check no less than 4400 genes (the genes that are normally present in the skin), and evaluate the variations in expression of each of these genes in response to stress over time. It has been observed that only a few hundred of these genes are expressed by both young and aged skin. Furthermore, the response speed of these genes differs strongly according to age. In other words, over the years, the expression of some proteins increases while that of others decreases.

The activity of the skin’s genes is concretely manifested by the production of thousands of proteins, which are ​​fundamental constituents of the skin. As construction and transformation elements, these proteins ensure all the skin’s biological functions and give the skin all its physical-chemical characteristics. They determine its density, softness, resistance but also its aesthetic properties.

Genomics and proteomics respectively allow to follow the expression profile of genes and to identify the presence of the proteins they encode. Since this varies from individual to individual and, in the same individual, changes throughout the various stages of life, in the future we may perhaps have highly personalized cosmetic products based on the study of the genome and proteome of each and every one of us. For now, this isn’t available on a large scale: while advertising is already bandying the term cosmetogenomics about, its concrete application is still a while away.