SEDUCED AND STUNG. OUR SUMMER WITH THE JELLYFISH. 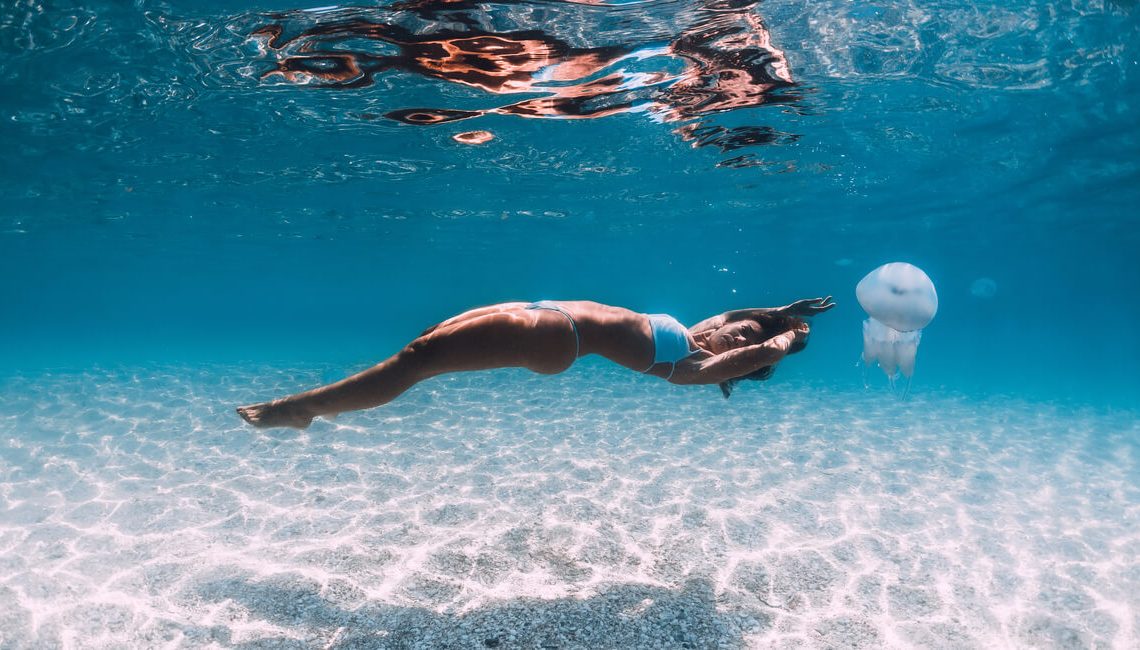 Due to rising temperatures and imbalances in marine wildlife, encounters with jellyfish are increasingly common. What should we do when we get stung? A dermatologist’s reply.

The amount of jellyfish in our seas is going up every summer. According to marine biology experts, jellyfish sightings along the Italian coasts have increased tenfold over the past 10 years. Apart from native species, new ones from other seas have also been spotted due to global warming, pollution, maritime traffic through the man-made canals connecting the Mediterranean with the oceans (especially the Suez canal) and the reduction of the population of large predatory fish and jellyfish’s food competitors.

Just to look at, they are fascinating, even elegant, with their sinuous dance and their transparencies. But if you touch them, you’re in for a shock: their tentacles emit a stinging substance which more or less toxic depending on the species. The most fearsome species, which fortunately have not reached our seas, can cause paralysis and death through respiratory depression. Usually contact with the tentacles is felt with an immediate and intense burning sensation and a red edematous lesion appears on the skin areas involved.

What should one do in case of contact with a jellyfish? First of all, remove any fragments of the tentacles from the skin, using your hands. Then rinse the affected area and your hands with plenty of sea water. Never use fresh water, because the vesicles containing the stinging liquid practically explode in fresh water. Salt water, especially warm, is better.

Speaking of heat, the toxins of the stinging liquid are very easily denatured as the temperature rises. This is why old seamen always have a metal object with them they can heat up in the sun for precisely these occasions. Other remedies such as vinegar, lemon juice, ammonia, alcohol and even urine are all useless, because they would only irritate the skin. Also avoid rubbing the area with sand, for the same reason.

A proper wound dressing with astringent aluminum chloride gel immediately blocks the spread of toxins and calms the itching. If you see the skin reaction spreading rapidly and pallor, sweating, breathing difficulties and disorientation occur, it’s a sign the toxins have entered the bloodstream and it’s time to call 118 to get advice on what to do while you wait for an ambulance.

What happens next? The damaged skin has suffered a chemical burn, leaving it red, exuding and very sensitive. It will also tend to darken rapidly due to necrosis of the epidermis and sunlight. In general, the inflammatory reaction lasts for a maximum of two weeks.

The best treatment is a hyaluronic acid-based lotion or a cream (with intense re-epithelizing activity) and topical antiseptics, such as silver sulfadiazine. You can find products containing both ingredients in most pharmacies. In case of a very severe inflammatory reaction, topical cortisone may be applied, while the use of antihistamine creams, which can increase sensitivity to sunlight, is absolutely contraindicated. To prevent the skin from discolouring, it must be kept covered or well protected by sunscreen all the time.